Health & Physical Education is a major offered under the parks, recreation, leisure, and fitness studies program of study at Bluffton University. We’ve gathered data and other essential information about the bachelor’s degree program in phys ed, such as diversity of students, how many students graduated in recent times, and more.

Rankings for the Bluffton BS in Phys Ed

If you're having trouble deciding which school is best for you, you may want to check out our many college rankings. The bachelor's program at Bluffton was ranked #240 on College Factual's Best Schools for phys ed list. It is also ranked #14 in Ohio.

Here are some of the other rankings for Bluffton.

How Much Does a Bachelor’s in Phys Ed from Bluffton Cost?

In 2019-2020, the average part-time undergraduate tuition at Bluffton was $1,415 per credit hour for both in-state and out-of-state students. The average full-time tuition and fees for undergraduates are shown in the table below.

You may also want to consider how much in student loans you’ll need when thinking about the overall cost to attend a school. Phys Ed students who received their bachelor’s degree at Bluffton took out an average of $31,000 in student loans. That is 29% higher than the national average of $23,980. 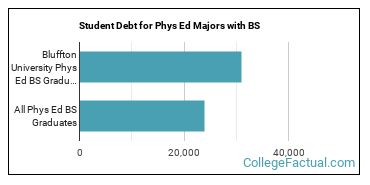 How Much Can You Make With a BS in Phys Ed From Bluffton?

The median early career salary of phys ed students who receive their bachelor’s degree from Bluffton is $32,100 per year. That is 15% higher than the national average of $27,962. 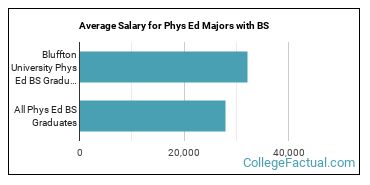 Does Bluffton Offer an Online BS in Phys Ed?

Online degrees for the Bluffton phys ed bachelor’s degree program are not available at this time. To see if the school offers distance learning options in other areas, visit the Bluffton Online Learning page.

21 Bachelor's Degrees Awarded
28.6% Women
23.8% Racial-Ethnic Minorities*
During the 2019-2020 academic year, there were 21 bachelor’s degrees in phys ed handed out to qualified students. The charts and tables below give more information about these students. 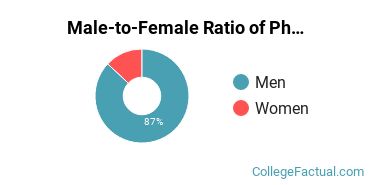 Around 23.8% of phys ed bachelor’s degree recipients at Bluffton in 2019-2020 were awarded to racial-ethnic minorities*. This is lower than the nationwide number of 38%. 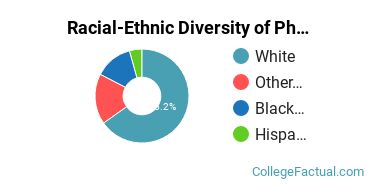 Health & Physical Education students may decide to major in one of the following focus areas.