987 are undergraduates and 11 are graduate students.

The full-time Mars Hill undergraduate population is made up of 53% women, and 47% men. 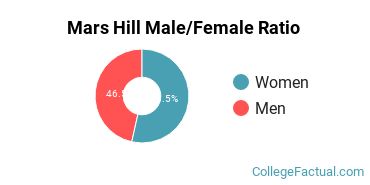 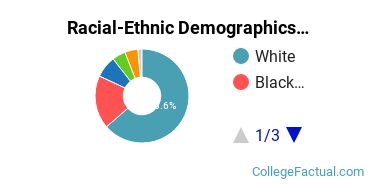 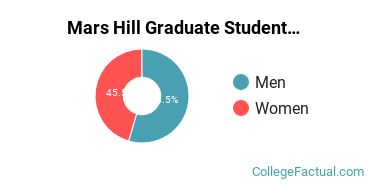 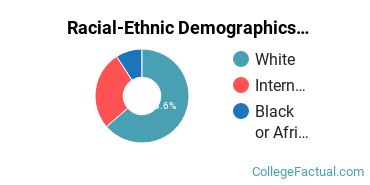 Mars Hill achieved a College Factual diversity rank of #769 out of 3,514 total schools in the ranking.

How Does Mars Hill Diversity Compare to National Averages? 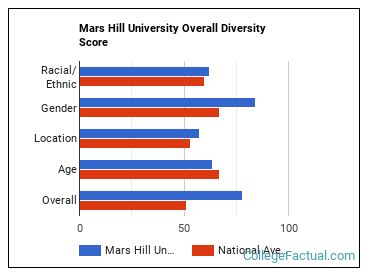 Mars Hill overall diversity is higher than the national average, although some aspects of their diversity may be stronger than others.

Mars Hill is ranked 1,441 out of 3,790 when it comes to the racial/ethnic diversity of the students.

Many students are seeking a school with high levels of racial/ethnic diversity. This not only creates an atmosphere where those who are typically in the minority feel more supported, but also allows more interaction between racial groups leading to the open exchange of ideas and values. 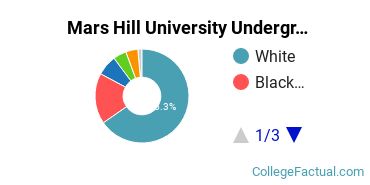 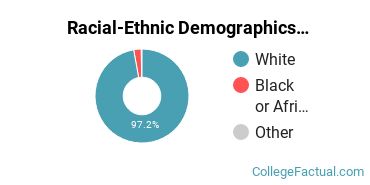 Learn more about the faculty at Mars Hill.

Close to Even Male/Female Ratio 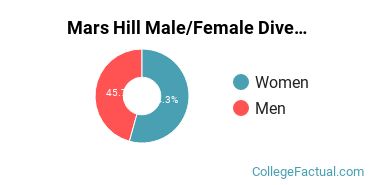 Reporting of the gender of Mars Hill is unknown or unavailable. 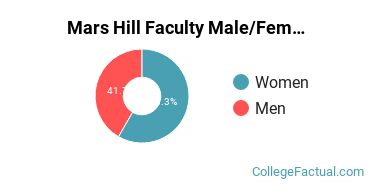 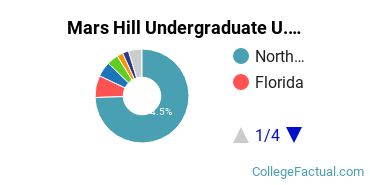 The undergraduate student body is split among 17 states (may include Washington D.C.). Click on the map for more detail. 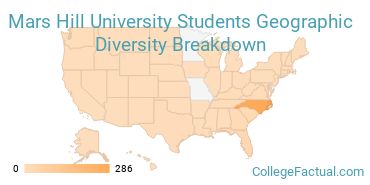 Students from 24 countries are represented at this school, with the majority of the international students coming from Canada, United Kingdom, and Brazil.

A traditional college student is defined as being between the ages of 18-21. At Mars Hill, 75.65% of students fall into that category, compared to the national average of 60%. 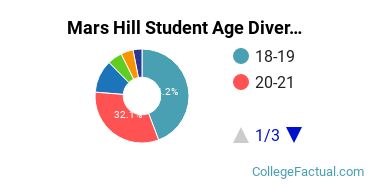