1,075 Graduate Students
$9,686 Avg Graduate Tuition & Fees (In-State)
94.8% Took Classes Online
If you want to know more about Northwestern State University of Louisiana Graduate School, such as what degree programs it offers, how diverse it is, how well it ranks, and more, this is your one-stop resource. Click on any of the following links to jump to that section on this page.

Each year, College Factual releases its Best Quality Schools ranking to identify graduate schools that offer a great educational experience and provide excellent student outcomes. Factors that go into these rankings include how much money students make after graduation, the number of FTE students per instructor, and how much debt students take on to attend the school.

In College Factual's 2021 ranking of the Best Master's Degree Schools in the U.S., Northwestern State University of Louisiana landed the #726 spot out of the 782 schools analyzed for this list.

1,075 Graduate Students
81.0% Women
27.0% Racial-Ethnic Minorities*
Northwestern State University of Louisiana was the school of choice for 1,075 graduate students in the last year for which we have data. Since diversity is such an important part of the grad school experience, College Factual looked deeper at the demographics of these students. Here is what we found.

The total graduate student population at NSU is made up of 81.0% women and 19.0% men. Note that these percentages may differ for certain degree programs. 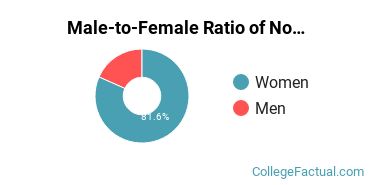 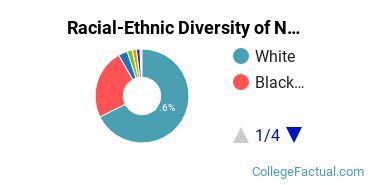 The average tuition and fees for graduate students is shown below.

Potential NSU graduate students might be more interested in knowing what the average student debt at the school is. It's not that hard to take out student loans, but it can be hard paying them back even if you do so over a 10-year period.

After receiving a master's degree from NSU, graduates have accumulated an average of $33,212 in student debt. That's 23% lower than the national average of $43,194. If you're repaying the loan over a 10-year period, the average monthly payment for that amount is $387. 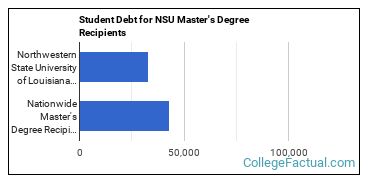 Average Salary of NSU Grads with Master’s or Doctorate

The average starting salary for graduate students who earn their master's degree at NSU is $54,900. When comparing to other master's degree holders, that's on the low side. It's about 3% lower than the national average of $56,398. 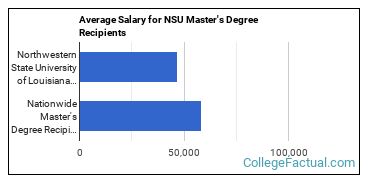 Get more details about the location of Northwestern State University of Louisiana. 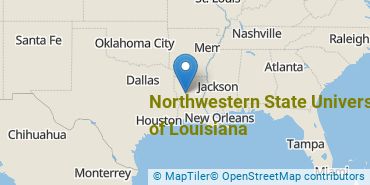 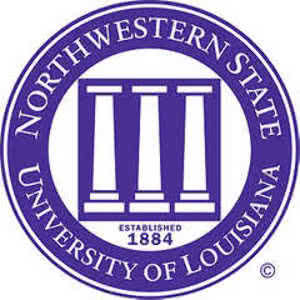 In 2018-2019, 94.8% of the graduate students at Northwestern State University of Louisiana took at least one class online. Roughly 83.3% of all grad students took courses exclusively online. 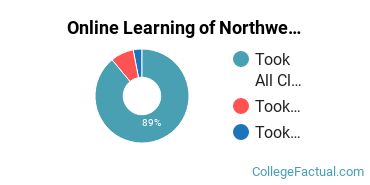 The only degree programs listed here are those in which master’s degrees were awarded in 2018-2019.

Just like the master’s degree programs, only programs that had doctorate degrees awarded in 2018-2019 are shown here.