The main focus area for this major is Language Translation. For more details on this concentration, visit its profile page.

Linguistics & Comparative Literature is a major offered under the foreign languages and linguistics program of study at Wake Forest University. We’ve gathered data and other essential information about the master’s degree program in comparative literature, such as if the program is offered online, ethnicity of students, how many students graduated in recent times, and more.

How Much Does a Master’s in Comparative Literature from Wake Forest University Cost?

Part-time graduates at Wake Forest University paid an average of $1,510 per credit hour in 2019-2020. This tuition was the same for both in-state and out-of-state students. The following table shows the average full-time tuition and fees for graduate student.

11 Master's Degrees Awarded
72.7% Women
9.1% Racial-Ethnic Minorities*
There were 11 master’s degrees in comparative literature awarded during the 2019-2020 academic year. Information about those students is shown below.

Women made up around 72.7% of the comparative literature students who took home a master’s degree in 2019-2020. This is higher than the nationwide number of 67.8%. 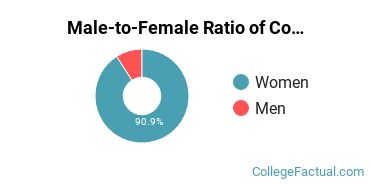 Of those graduates who received a master’s degree in comparative literature at Wake Forest University in 2019-2020, 9.1% were racial-ethnic minorities*. This is lower than the nationwide number of 25%. 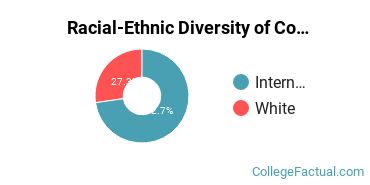 Linguistics & Comparative Literature students may decide to major in one of the following focus areas.