Parks, Recreation, Leisure, & Fitness Studies is a program of study at Ohio Wesleyan University. The school offers a bachelor’s degree in the area. We’ve gathered data and other essential information about the bachelor’s degree program in parks and rec, such as if the program is offered online, ethnicity of students, how many students graduated in recent times, and more.

Rankings for the OWU BS in Parks & Rec

In order to help students and their parents find the best school for them, we have created several different types of college rankings, which are updated yearly. The bachelor's program at OWU was ranked #174 on College Factual's Best Schools for parks and rec list. It is also ranked #10 in Ohio.

How Much Does a Bachelor’s in Parks & Rec from OWU Cost?

Does OWU Offer an Online BS in Parks & Rec?

Online degrees for the OWU parks and rec bachelor’s degree program are not available at this time. To see if the school offers distance learning options in other areas, visit the OWU Online Learning page.

34 Bachelor's Degrees Awarded
38.2% Women
38.2% Racial-Ethnic Minorities*
During the 2019-2020 academic year, there were 34 bachelor’s degrees in parks and rec handed out to qualified students. The charts and tables below give more information about these students. 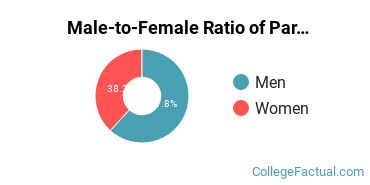 Racial-ethnic minority graduates* made up 38.2% of the parks and rec bachelor’s degrees at OWU in 2019-2020. This is about the same as the nationwide number of 37%. 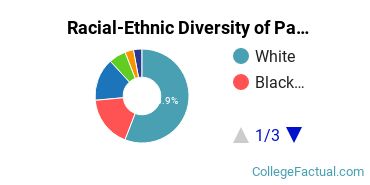 Parks, Recreation, Leisure, & Fitness Studies students may decide to major in one of the following focus areas.